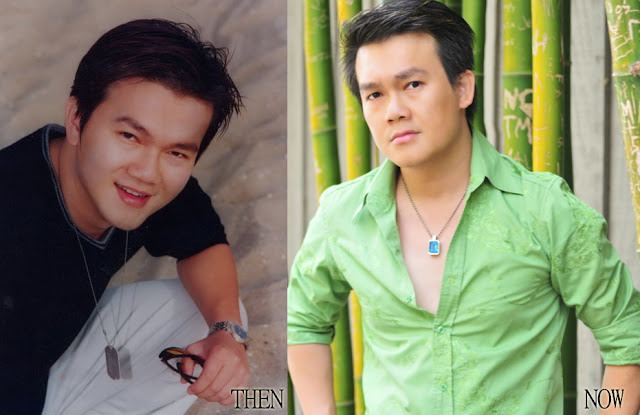 If you were watching Van Son videos back in the days, you might still remember Khanh Hoang as one of the regular faces back in the 90s. The singer is still singing and has a family now. He does various events and shows here and there and appeared in production numbers. Khanh Hoang also had a CD out in November of 2010 thru Thuy Nga Production titled "Chua Noi Cung Em" featuring My Huyen. If you want to reconnect or get updates of his whereabouts, he's on Facebook, here. In the candid photos below shared by the singer on his Facebook, Khanh Hoang posed with his daughter, Khanh Ngan who looks just like him. Check out the pictures and let me know what you think.