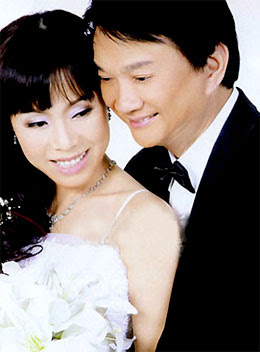 Congratulate to singers Duy Quang and Yen Xuan. The wedding took place in Ho Chi Minh City in Vietnam on 25th of July 2007. This is not the first marriage for singer Duy Quang who turns 56 this year; he was previous married a few times. 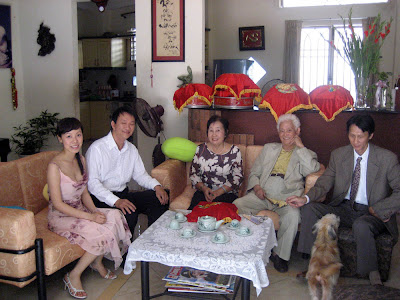 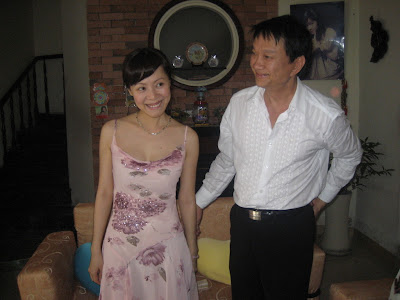 Duy Quang and Yen Xuan had their engagement ceremony not long ago in late June. The happily couple as seen in the photo above prepared for their wedding. When reporters interviewed him, Duy Quang said that he had come to a stop in his love road when meeting Yen Xuan. Duy Quang was very happy and was always side by side with Yen Xuan when the two went out. 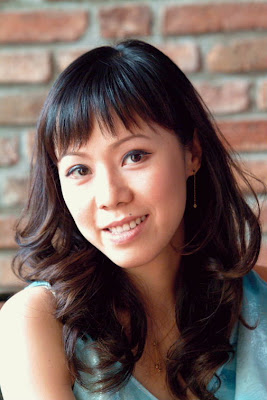 Yen Xuan is also a singer singing in Vietnam. The two met in 2000 when Duy Quang returned to Vietnam to sing. Although she is 20 years younger than he is, they were able to find serious love according to Duy Quang. As for his career as a singer, he will continue to sing and so does she. Duy Quang doesn’t expect his wife to quit her job and becomes a housewife, but he has only one wish that she sang less and take on more quality performances, to limit the traveling since the money does not increase or decrease much.

Karly said…
Thanks for the correction.
6:28 PM

Thanh said…
What kind of marry they talking about. It make the concept of marry turn to be a joke. Ehat the evil for this whole family. I am sick of this
4:50 PM

Vickie said…
Thanh...check your grammar before posting. it's embarrassing!!
2:51 AM