Where Are They Now? Thai Tai 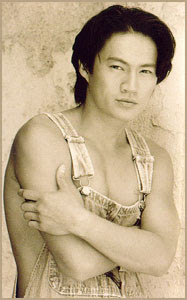 His real name is Thai Manh Tai. You probably remember him from early on in "Paris By Night". He was seen pairing up with Bao Han. Maybe you saw him in "Hollywood Nights" and other music productions. Thai Tai was brought to the Vietnamese music industry and dubbed the as the attractive “youngster.” He was also known for modeling, acting and photography. 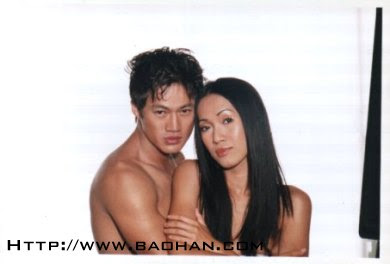 Thai Tai first video production was in Lang Van’s video, “Bolsa By Night” and from there he traveled on to appear in other productions. Thai Tai was seen to be having great potential as a young Vietnamese artist. However, he had lots going for him at a young age. Modeling, acting, photography and even as a make up artist, Thai Tai had many options. And the road seems to be endless as his work take him all around the world.

Wherever he travels to, he might think of a place to rest where he can settle down. In the late 1980s was when he stepped into the entertainment biz at the age of 18. Nearly 20 years later, Thai Tai is probably outside of his 30s now. I wonder if he stills remain the entertainment business or has he settled down to a family. The last written report of Thai Tai was in 1997, where is he now? (Vietscape)

I guess he stuck with his passion in photography … Check out Thai Tai’s photography.
Bao Han Bolsa By Night Hollywood Night Lang Van Thai Tai Thuy Nga Paris By Night Where Are They Now

Anonymous said…
actually, it's true. he is now Cindy Thai Tai. I have seen him in live shows in Seattle, where he has admitted to doing surgery in thailand to become a woman. he is waiting for people to accept him.
2:25 PM

Anonymous said…
Yes, it is. He got surgery in Thailand and lives in Vietnam now as singer Cindy Thai Tai. "She" performed live in the show/movie The Story last year in California and received quite a loud cheering from guys. :)

Anonymous said…
They are different!!! Cindy Thai Tai has lived in VN all his/her life and still does!
10:37 PM

Anonymous said…
That is a one fucking sad news, anyway, it is a free country, gays, fags, or transvestite ... however you guys are using the word of choice. They make me sick.
6:35 PM

Unknown said…
Come on people, look at Cindy Thai Tai picture when she was a man and look at Thai Manh Tai, do you really think they look alike? If you can't tell that they're 2 different people, then you're not asian. Here's Thai Manh Tai video on you tube in 2009.
5:13 AM

This hot Vietnamese dude is now a woman, too!!!

Checker him, er, her out!

Elroy said…
I remember watching him in Heaven and Earth as the 20 year old son and he was also in Killing Zoe. I hope he gets a lead role he's good looking.
12:41 PM

Elroy said…
This comment has been removed by the author.
12:43 PM

These are 2 different people, come on people, open your eyes.
11:27 PM

Unknown said…
Let's get this straight they are two different people I just met and hung out with him and Lynda Trang dai here in Seattle on June 17 2016 I met the whole new wave tour crew backstage and all
10:02 AM

Anonymous said…
You need to have your eyes check if you think these 2 people are the same person.
8:02 PM