on March 04, 2012
Y Phung, 33 shared in a recent interview about her personal preferences in men, talked about her previous marriage of 7 years, and even addressed the rumor that she is a lesbian. The singer openly stated that she cannot love poor men because of her big spending habits (sounds like Ngoc Trinh). "Anyone would run away after taking care of me for two months." Y Phung said that she loves fun, money, has a big spending habit, doesn't love poor men, and refuses to give up her career to stay home and have kids. However, she is also the kind of person who will get marry just to make her father happy. 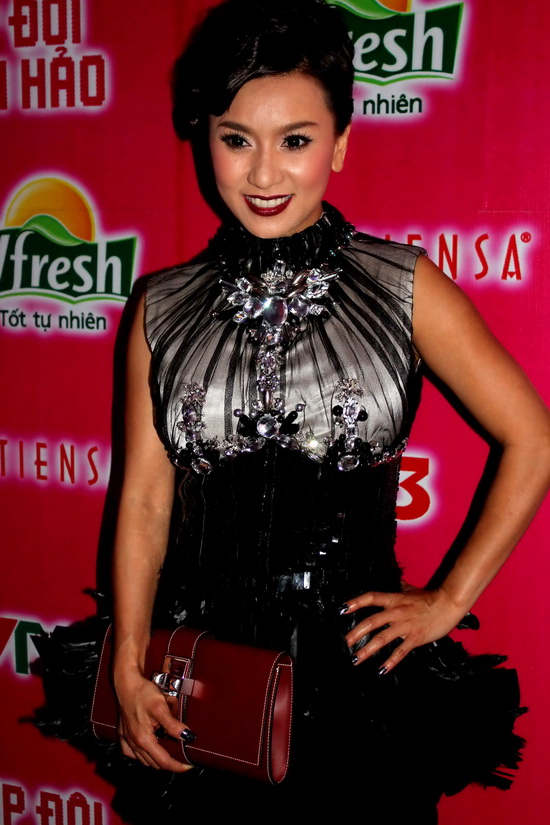 Overseas, Y Phung only participates in singing. On her free time, she wakes up early morning to exercise for 3-4 hours and then go to work. She plans to go to school to learn English and then learn about makeup. "I think when my time is up (in showbiz); I will still do something in the entertainment business." Y Phung shared that although many women are strong and like to be on par with men, but she is not like that, because she prefers to be sheltered by men. "I might not look like it but I am very feminine, very easy to cry. My man must take care of me. I am afraid of men who are calculating, because I am generous. And when I spend, it is not only for me. Women have to be beautiful for the admiration of men. Men nowadays are also very polished as well, so as women we have to keep up." Furthermore, she talked about her preferences in men. The singer hates men who goes from one "long leg" to another to be in the news and gain people's attention. She rather is underground with her lover instead. "I hate people who go out with friend's friends or take friend's husband. If you're with me, you should respect me and not lay eye on anyone else." 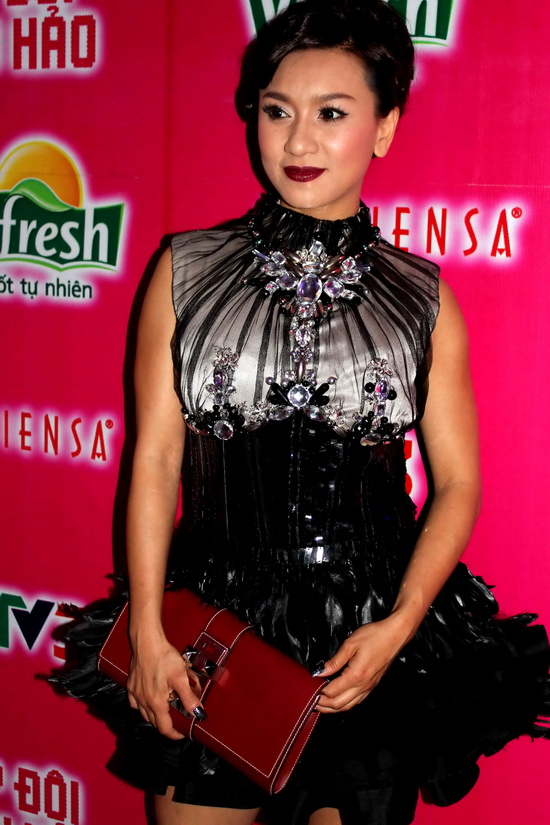 When asked about her marriage, Y Phung said they're divorced. "Maybe I'm not the family type of woman, because I'm always going out." She explained that as an entertainer she doesn't have the holidays off. On top of that, she loves singing, limelight and money. "I love to have fun and would go out all day; who could stand that?" The singer said she was married too early, in her twenty. And because they would argue a whole lot, she decided to end the marriage. Y Phung revealed that she married her husband because that year her dad was very ill and thought that he wouldn't make it to see her get marry, so she did it just to make him happy. But in fact, she didn't love her husband, she only liked him. Her husband knew of this fact. Overtime, she was touched of his sacrificed for her and cared for her family; however she was too drawn into work that she couldn't save their marriage of 7 years. 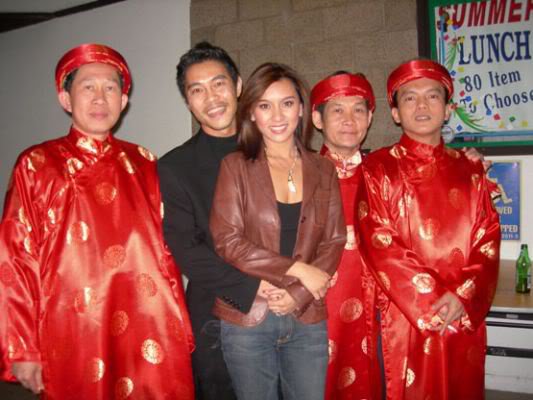 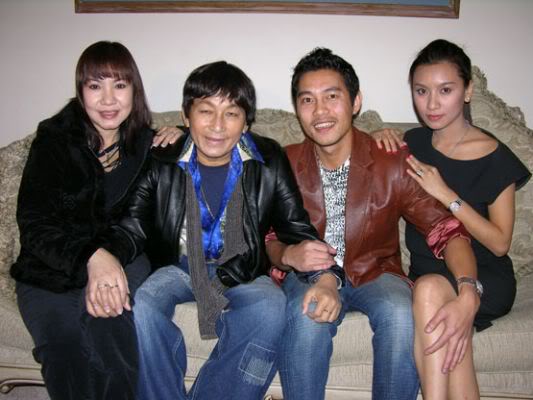 Although claiming to care for family tradition, Y Phung refuses to have kids. When she was with her husband, he wanted children, but she was selfish and refused. When asked she explained that if she was in Vietnam she would have kids because when the child misbehaved you can beat them. But in America, if you beat your kids, authorities would inferred right away (b.s. much?). "I'm used to living like with my parents... the family relation over there (U.S.) is very cold. Probably, I am saying this now, but eventually I will have kids. I want my kids to follow in my career. When I'm old and away from the limelight, I will be very bored." Y Phung added that she wants to have kids very much, but her English is very bad. Then she contradicts herself by saying she loves having children, but doesn't know about the future. "Who knows, this year I might find someone I like and have kids."

Addressing the rumors that she is a lesbian, Y Phung explained that her friends range from a pedicab to a club dancer. She is especially close to her famous gay friends. They help her a lot like making her pretty. When she goes shopping, they would be there to help her chose outfits. And it is normal that she would change clothes in front of them. "Maybe because I like to party hard and so does gay people so we get along. They would come to support me at my shows. I have so many memories with these friends in the entertainment world. Those who sing backup singers for me were gay. Now many are more famous then I am. Some are current lead singers in Vietnam. Others are not as popular but I still keep in contact, going to eat comfortably on the sidewalk with. But I only do this with old friends, not new ones." Source
Dam Vinh Hung Ngoc Trinh Y Phung

Anonymous said…
selfish ugly biatch...even a well off man won't want someone like her let alone a poor man
9:08 PM

Anonymous said…
her previous husband is from texas. she used him to get over to the u.s and milked the guy for 7 years to get herself established with materials and legal documents before dumping him. guys overseas never learn, they always want girls in vn saying they're innocent and not as tricky and demanding like ones here... yea and then they dump your ass after they use u.
9:16 PM

Anonymous said…
and it's still an ongoing situation where men still fall for the girls in VN...they just never learn until they're robbed naked and dumped
9:20 PM

Anonymous said…
Y Phung was criticized so much when she was 13 in Vietnam crawling on stage. She has her history of infamous behaviors.. I'm surprised at how frank she was in the article. My sister read the article in Vietnamese and said she's full of bs with her answers.
9:25 PM

Anonymous said…
Y Phung is a skanky whore. She only "loves" money. Love is not something you can choose... saying she can't love a poor guy is saying she won't date poor guys or I'll only date guys who can afford to spend money on my because I'm a gold digging heartless beotch. I hope she gets what she deserves. Eventually, another fool will probably end up with her.

I do somewhat appreciate her outspoken honesty (unlike other one who b.s. so much such as Bang Tam, Nhu Quynh).
6:21 AM

Anonymous said…
oh the many innocent faces of Vietnamese celebrities in the news...NOT, innocent yah right
10:25 AM

waaw said…
Omgosh I want to puke after reading this interview!
10:53 AM

matthew said…
it seems like she ONLY loves money haha

..and the limelight of messing around i.e. partying it out w/ no regard for the future
2:00 PM

Anonymous said…
wow what a egotistical person. so selfish.
4:05 PM

Anonymous said…
She is fugly without make up. She may be considered "beautiful" in a poor country like Viet Nam, where many people don't have the resources for good health and cosmetics. But in the USA, you can easily find women much better looking in any city. She is delusional about her beauty.
4:02 AM

Anonymous said…
What an ugly gold digger! Overseas Vietnamese American artists are mostly disgusting people that is why I stopped watching Paris by night, asia, and van son years ago. You guys are still paying to see these talentless jokes, please stop and invest your time and money elsewhere!
1:47 AM

Anonymous said…
Any guys have a change to fuck her
7:37 PM

Anonymous said…
I was sleeping with her one night at the hotel room. She has very loosen pussy. That's means she fucked a lot of guys. I gave her lesson and left
7:44 PM

Anonymous said…
Bit.c.h like this is a dime a dozen once they get older and wasted. That's for the prettier ones. This one is gDamn ugly as it is already.
4:53 PM

Anonymous said…
To all the haters , get a life cuz she is real cuz she ain't afraid to tell the truth
7:39 AM

Anonymous said…
This comment has been removed by the author.
3:20 PM

Anonymous said…
This chick sounds like a free loader parasite. She makes Viet women look bad. She is nothing but a...you know what...it start with a big W
12:49 PM

Anonymous said…
I am sorry but you would have to be drop dead to have guys give you money and put up with your bullshits! You face is eh...good luck finding that dumb guy who would do you. I would NEVER EVER buy anything from you
12:58 PM